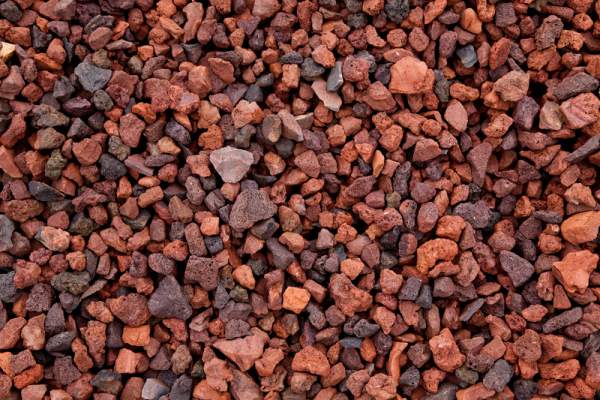 There are many kinds of aquarium hardscape available, and lava rocks are one of the kinds most often considered. But using many kinds of natural hardscape can be detrimental to fish depending on its chemical properties and where it was collected.

There are many good reasons why someone might choose lava rock as a hardscape to enhance the looks and ecosystem of their tank. Read on to find out more about lava rocks and how they can benefit the home aquarium.

What is Lava Rock?

Lava rock (also known as volcanic or igneous rock) is rock that has been melted by extreme geothermal, such as a volcanic eruption. This molten rock then cools into a porous form of rock that is commonly found. In fact, lava rock is the most abundant source of bedrock on the planet.

This is because the Earth itself was formed by the repeated eruptions of volcanoes, which eventually went on to form the Earth’s crust. As a result, lava rock is a plentiful source of hardscaping material for aquariums, terrariums, and is even used by landscapers.

Since home aquarium-keeping came into popularity in the twentieth century, lava rock has been a popular form of aquarium hardscaping, which is defined as the hard architectural elements of an aquarium’s aquascape, such as wood and stone, versus softer elements such as live plants.

Lava rock’s popularity as an aquarium hardscaping material has somewhat waned during recent years due to a surging level of interest in other kinds of hardscaping rocks such as seiryu stone that have been popularized by international aquascaping competitions.

Benefits of Lava Rock in Aquariums

Using lava rock as the hardscaping in an aquarium provides a lot of advantages over other kinds of hardscape. Here are some of the reasons that lava rock is good for aquariums:

Drawbacks of Lava Rock in Aquariums

Things to Consider When Using Lava Rock in Aquariums

While lava rocks can be a good (even great) choice for hardscaping your home aquarium, there are some aspects of the rock that should be considered before deciding to purchase some for your tank. Here are some of the things you need to think about:

Many kinds of aquarium fish can benefit from having hardscape like lava rocks in the aquarium, but two groups in particular really enjoy an aquascape that centers around lava rock:

Lava Rocks and the Nitrogen Cycle

One of the main reasons that lava rock is so popular is because it aids a tank in the nitrogen cycle. A nitrogen cycle is what allows an aquarium to be maintained as an ecosystem that can sustain living aquatic organisms, as their own toxins would otherwise build up in the tank and kill them.

The nitrogen cycle is how aquarium keepers emulate the process of water purification in the natural environment, where nitrifying bacteria in the water convert biological waste such as ammonia into nitrites, which other forms of bacteria then convert into nitrates.

Lava rock acts as a porous surface for these colonies of nitrifying bacteria to live in. Because bacteria can penetrate deep into the rock, the surface of it can be occasionally cleaned or rinsed off without hurting the lava rock’s beneficial properties.

Without an established nitrogen cycle and filtration in place, aquarium fish will succumb and die of ammonia poisoning within just a few hours. Ammonia is toxic to fish in very few parts per gallon of water, so it doesn’t take much to wipe out the tank. That makes lava rock an important resource for anyone looking for a stable aquarium and good water quality.

Alternatives to Lava Rocks in Aquariums

If a person wants to keep a piece of hardscape purely for colonizing nitrifying bacteria and not for aesthetic purposes, lava rocks can also be used as a filter media and kept inside a canister filter where they can’t be seen. That allows a person to get the benefit of them without having to use them as decoration.

For the purpose of water filtration, there are a few alternatives to lava rock as a filter media that can be used inside a canister or hang-on-back (HOB) filter:

As far as decorating with lava rock, there are several alternatives that an aquarium owner can look at when deciding what materials to use as their hardscape. Here are some of the popular alternatives to using lava rocks in an aquarium:

Where to Get Lava Rocks

Lava rocks can be obtained from a variety of places, depending on whether you’re willing to have the rocks shipped to you or not. Here are some of the places you can buy lava rocks:

How to Install Lava Rocks in Aquariums

Before you add lava rocks to your aquarium hardscape, you’ll want to do a little preparation on them first to avoid any problems during installation. To get the best results when adding a lava rock to your aquarium, follow these steps:

Lava Rocks Are a Good Choice for Aquariums

There are a few disadvantages to using lava rock that have to be considered or mitigated, but overall, lava rock is a cheap and beautiful way to both decorate an aquarium and add a source of nitrifying bacteria that can keep an aquarium’s water quality healthy. 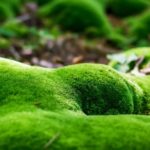 Can Land Moss Grow in Aquarium? 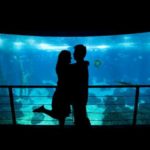 Can You Leave An Aquarium On The Balcony? 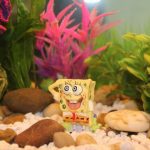 How Much Work Is It To Keep A Fish Tank? 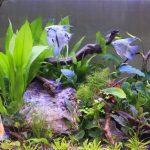 Do All Aquarium Plants Need CO2?